“The use of any form of corporal punishment is prohibited in any public or secondary school.”  While this statement should be true everywhere, in 18 states the barbaric act of harsh corporal punishment (HCP) is still legal.  However, this exact quote comes from a bill that was presented for vote last month to the Louisiana State Legislature.  Sponsored by Barbara Norton (D-Shreveport), Louisiana House Bill 497 passed the Louisiana House Education Committee on April 26 with a vote of 6 – 5.  (Two Republicans and fours Democrats voted for it.)

Besides Louisiana, state law still permits harsh corporal punishment in Alabama, Arizona, Arkansas, Colorado, Florida, Georgia, Idaho, Indiana, Kansas, Kentucky, Mississippi, Missouri, North Carolina, Oklahoma, South Carolina, Tennessee, Texas and Wyoming.  (It is prohibited in many school districts, though, largely because of fear of costly lawsuits.)  Specifically, the legality of HCP in some states comes under the protection of states’ rights and under the protection of particular school districts.  Some parents, some states and some school districts believe HCP to be an effective method of controlling a classroom.  The continued use of paddling can be evidenced by the fact that you can buy a paddle online.  (Some of the posted comments on the purchase page of this item are evidence that it is marketed for use on a child.)

The continued acceptance of corporal punishment in some schools is related to another horrifying statistic: “research shows that up to 90% of parents spank their children at least occasionally.”  The LA Times article, from which this statistic is taken, then showcases both the so-called PROs and CONs of mild HCP, spanking, with the divided points of view presented by different doctors.  The pro-spanking doctor states, “In reviewing all the literature, there’s one that leads to better outcomes, reduced defiance, reduced aggression in children, and that’s what I call backup spanking.”  On the other side, the doctor says that, “studies have shown that the more kids get spanked, the higher the child’s score on a post-traumatic stress test.”  More so, statistics demonstrate that spanking simply doesn’t work.  This article demonstrates that just as states and school districts have divided points of view regarding the use of corporal punishment, so do doctors, even with medical evidence at hand.

In addition to HB 497, this year, Louisiana Governor John Edwards declared, “Corporal punishment of children with disabilities should no longer be acceptable in Louisiana.”  In the 2015 – 2016 school year, for example, it is reported that 16% of students who were paddled had a disability.  (Unlike students without disabilities many disabled students are not in full mental control of their actions, particularly in their early years, such as preschool and kindergarten.)   The statement from the Governor specifically refers to HB 79, sponsored by Rep. Franklin Foil (R-Baton Rouge), which was also presented to the House this year at the same time as HB 497.  HB 79, which addresses students with disabilities including autism, intellectual disabilities, traumatic brain injury and others, passed the Committee unanimously.

The irony, for lack of a better word, is that though paddling and other forms of HCP may worsen the symptoms of an existing brain injury, it causes damage to the brain in those who are previously without such injury.  The title of a study conducted by the National Institute of Health provides evidence of this: “Reduced Prefrontal Cortical Grey Matter* Volume in Young Adults Exposed to Harsh Corporal Punishment.”  Specifically, beyond emotional and physical trauma, “HCP may be an aversive and stressful event for human beings that potentially alters the development trajectory of some brain regions in which abnormalities have been associated with major forms of psychopathology.”

* Grey matter in the brain is essentially necessary for everything.  “The grey matter includes regions of the brain involved in muscle control, and sensory perception such as seeing and hearing, memory, emotions, speech, decision making, and self-control.”  There is also grey matter in the spinal cord and, though it is not specifically mentioned, I’ve got to think that it is also compromised by HCP. 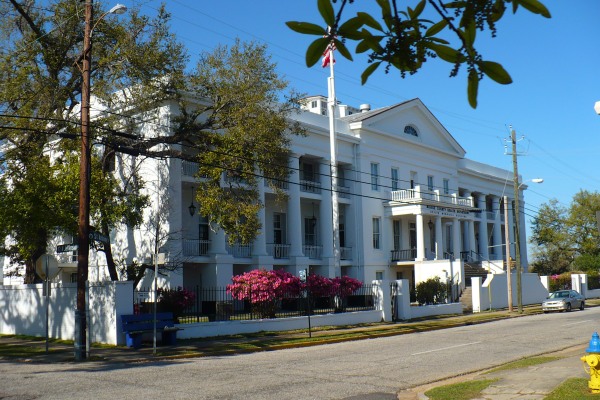 Located in San Diego, CA, Camp Pendleton proclaims to be, “The West Coast’s Premier Expeditionary [Marines] Training Base.”  Last Tuesday, May 9, they broke ground on a $12 million, 25,000 square foot facility that aims to make the Camp a premier brain injury research and treatment center, too.  The funding needed to build the facility was raised through private donations and the funding of Arnold Fisher, a New York-based real estate tycoon.   Fisher says that he sees helping the troops as his duty as an American.

Part of the Department of Defense organization National Intrepid Center of Excellence (NICoE), which is headquartered in Maryland, the Camp Pendleton facility will be the seventh of nine planned NICoE facilities focused on brain injury and the first on the West Coast.  Presently, NICoE has erected facilities in Fort Belvoir, Virginia, Camp Lejeune, North Carolina, Fort Campbell, Kentucky, Fort Hood, Texas, and Fort Bragg, North Carolina.  A center at Joint Base Lewis-McChord, Washington, is still under construction and facilities are still to be built in Fort Carson, Colorado and Fort Blass, Texas.

Beyond Marine training, the Camp defines part of its vision to be, “providing superior service and support.”  Therefore, they also deal with the injuries that may come as a result of a brain injury or come in conjunction with it – specifically, physical and behavioral problems.  In fact, Camp Pendleton has been training and supporting the troops for 75 years.

So far, NICoE facilities have about a 90% rate for patients to return to duty.  Still, as Capt. Lisa Mulligan, commanding officer at the Camp Pendleton hospital, says, “Science as a whole remains in the infancy of its understanding of the potential for recovery after head injury.  This center will combine the resources of clinical, research and educational specialists to broaden our horizons.” 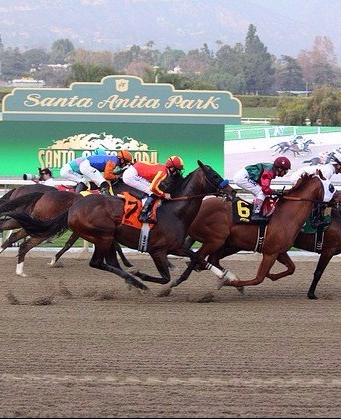 On March 6, one of the jewels of the Triple Crown, the Kentucky Derby, was run.  To coincide with this, on Friday, May 5, NBC did a story about injury and horse racing.  Specifically, the article begins by mentioning Rajiv Maragh, a jockey with 13 years of professional horse racing experience and 13 years of injury to show from it, including a concussion.  The article then speaks more of horse racing and injury.  True, all sports have injury, but horse racing does not have concussion protocol, as other sports do.  Last year, the Jockeys’ Guild and the University of Kentucky announced a three-year study that seeks to bridge this gap.

“I choose to be a jockey and there’s always a risk of danger,” says Maragh.  However, the Guild can learn how to better protect its athletes, as professional sport leagues have done.

Note: While horse racing and government may not seem to be related, most states do have a racing commission that is “responsible for regulating the safety and integrity of the horse racing industry through the conduct of investigations, prosecutions and via regular monitoring.”  Because horse racing is a revenue earner for states, state commissions also focus on ensuring the welfare of the horse.

Neurological injury is a significant health concern for military service members, recognizes the Department of Defense.  Last year, for example, 17,672 service members were diagnosed with a brain injury.  While the military may not be able to eliminate neurological injuries entirely, the DoD has granted $11.3 million to Abbott Laboratories for the development of a mobile device that allows one to determine if they have a traumatic brain injury, anytime and anyplace.  Interestingly, this product only relies on such things as the proteins in the blood to find brain injuries.  It will be developed in Princeton, New Jersey, with the assistance of the U.S. Army Medical Research Acquisition Activity in Frederick, Maryland, and has an estimated completion date of October 23, 2019.  (In 2014, the DoD awarded Abbott $19.5 million to develop a portable blood test to determine brain injury.  However, even then, Abbott said that the product being developed was, “the first phase of what… would be a multi-phased contract.”)