Dr. Joseph J. Fins is a nationally-known and well-esteemed physician specializing in neuroethics.  Specifically, he is, “focused on advancing the care of patients with severe brain injury and bringing the fruits of neuroscience to a very marginalized population”.  Beyond heading a Division at the New York Presbyterian Hospital and Cornell and other prestigious appointments, he was appointed by President Bill Clinton to The White House Commission on Complementary and Alternative Medicine.

In 2015, Fins published a book, Rights Come to Mind: Brain Injury, Ethics, and the Struggle for Consciousness that encapsulates his interviews with more than 50 families, who are all personally affected by severe brain injury.  A particular story in an article about the book caught my eye: “Several years ago a father approached me, concerned about the care his son was receiving. The son had been in a car accident… was placed in a nursing home…  The father feared his son was being ignored or, worse, left in pain or distress.”

As with many brain injured individuals, I have a similar story.  To be candid about my experience, within a day or two of my brain injury, because of the severity of my injuries, the doctor handling my case asked my parents if they would sign off to allow my organs to be donated upon my imminent death.  Fortunately, my parents said no and immediately requested another neurologist to handle my case.  I was lucky to have parents who were so forthcoming regarding their expectations from my doctors.  The article, Why advances in treating those with brain injuries require advances in respecting their rights, shows that the mentioned father loved his son very much, but it does not state what happened with his son beyond the father’s fear.  (One can only hope for the best.)  I find that it advances understanding and can even be reassuring to learn about others’ brain injury survival stories.

The world seems to be gaining more knowledge of brain injury.  For example, the recently passed federal 21st Century Cures Act allocates $1.5 billion for brain research.  “New treatments bring new hope,” and hopefully, more understanding and acceptance.  As a brain injured person myself, I definitely plan on reading this book.

On Wednesday, January 18, the Arizona House Transportation and Infrastructure Committee made a unanimous call against House Bill 2046, a “helmet law” proposed by Rep. Randall Friese.*  Specifically, the bi-partisan committee voted against a law that would require adults driving motorcycles, all-terrain vehicles or motor driven cycles to wear helmets or to pay a fee into a special trauma-injury fund.

Regarding this rejection, many of the bill’s critics said that what Arizonians need is simply better training.  Another critic, “Rep. Noel Campbell, R-Prescott, who chairs the [Committee], said he personally wears “every piece of equipment you can get on” when he rides his motorcycle. But he said a better legislative approach would be incentives for riders to protect their heads, rather than penalties for those who do not.”  I disagree, rewarding someone just because they are “safe cyclists” is not the answer.  (Should you really be rewarded for not hitting another vehicle?)  The idea proposed by other critics, better and more thorough training for cyclists, may be a better solution.

Note that this is not the first time that the Arizona House has rejected a helmet law, proposed by Friese.  “When [Friese] introduced this bill two years ago, the first thing [he] heard was, ‘It is my right to ride my bike without my helmet.”  However, in his view, “I don’t believe it’s a right. I believe it’s a privilege.”  Whatever it may be, a right or a privilege, riding unhelmeted is irresponsible.

* Rep. Randall Friese, D-Tucson, definitely has a different perspective than many members of the Transportation and Infrastructure Committee and of the State Assembly at large.  Friese is a trauma surgeon.  Presumptively, he has operated on head-injured motorcyclists.  He has seen first-hand what a severe motorcycle accident can do to the brain and to the person.  Having directly viewed the brain after such an incident definitely gives him a unique, and more cautious, perspective.

Imagine if all you had to do was carry around a penny to know if something has negatively affected your brain.  The Office of Naval Research (ONR) is sponsoring the development of such a product, called BLAST (Blast Load Assessment Sense and Test).  Specifically, the ONR, in association with NASA, the University of North Carolina, and Applied Research Associates Inc., a New Mexico-based research firm, is in development of a coin-sized device that would be no burden to the soldier and can be worn on the helmet or body armor, and can identify brain injury, letting the soldier know if they should get immediate medical help.  As Dr. Timothy Bentley of the ONR says, “A system like BLAST is vitally important because it can help recognize the signs of TBI early and tell warfighters they might need medical attention.”

While it may take 5 years to be fully developed and tested, the prospect of such a product has great possibilities, both in and outside of the armed forces.  For example, brain injury in American football has been big news in the past several years, and a coin-sized brain injury “detector” attached to players’ helmets could aid in the quick diagnosis and treatment of such an injury in football and other sports where helmets are worn, such as hockey.  Beyond that, the possibilities are endless. 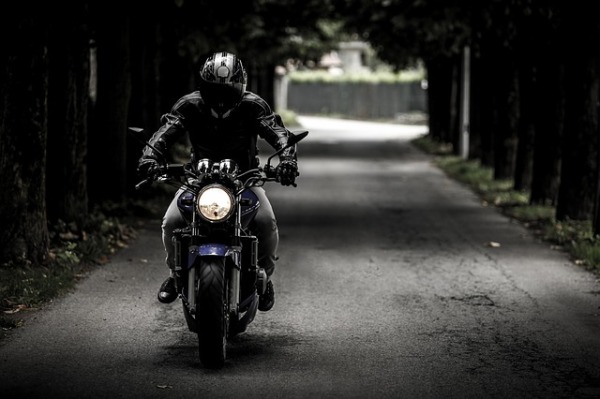 “Make sure you wear your helmet.”  Many people recall this statement from their parents when they said that they were going outside to ride their bicycle.  As an adult, the government plays the role of a parent about helmet safety issues.  While 3 states have no law about helmet use for motorcycle riders, “28 states require some riders to wear helmets; and 19 states and the District of Columbia require all motorcyclists to wear them.”  In April 2012, Michigan law changed from requiring all riders to wear helmets to merely some.  The purpose of the loosening of the helmet law was to increase tourism to the state.  Unfortunately, all it increased was the number of head injuries.

As the Michigan Secretary of State says, “Michigan law now allows motorcyclists to decide for themselves…”  Granted, there are certain legality conditions that must be met, but for most cyclists, helmets are optional.  Many may find it surprising and positive that some studies show that the revision of the Michigan helmet law has had no effect on, or even lessened the number of motorcycle-related fatalities. However, the law has resulted in a 14% increase in head injuries.  Specifically, reported mild concussions fell by 17%, “while the proportion [of injuries] due to skull fractures increas[ed] 38% during the same period.”

Ultimately, whether or not the government should be telling you to wear a helmet is debatable.  However, there can be no debate on the fact that any law that increases the chance of a head injury is negative.